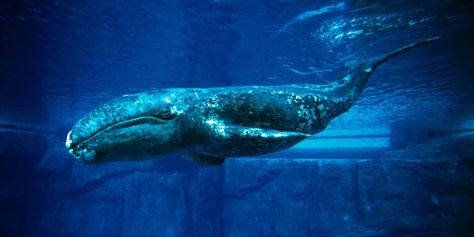 This is a story designed and intended to challenge our assumptions and try to help us see things from different perspectives, something it seems we have a very hard time doing in general, not just with regards to wildlife but also – and more critically, I believe – with regards to how we humans interact with one another.

The following was recorded yesterday in the 1-2 kHz band by a top secret whale observatory off the coast of Baja California. It is thought to have emanated from somewhere between Isla Cedros and Bahía Tortugas. Doppler shift analysis of the transmission seems to indicate that the whale who emitted it had begun its migration back towards its feeding grounds in Alaska. After being cleaned up multiple times to remove parasitic noise from boat engines and other such things, translation became possible. The message the whale was sending was something like this:

I know you haven’t heard from me much in the past years. And yes, it makes sense that you didn’t expect to anyway. But something happened recently that I couldn’t help but share with you, because it seems to contradict some things you’ve always told me about humans.

Do you remember how you always used to tell me never to go near them, and I would always stray in their paths anyway? You used to tell me stories about how their misshapen flippers and tails had stingers they could project to hurt us and sometimes even kill us. You used to say they couldn’t be trusted, you used to warn me that they hunted us.

Well I’ve been curious, and observing them. And it seems there have been some changes. Let me lay out the extent of my discoveries so far.

These creatures appear to live on the surface of the water and, much like hermit crabs, mostly depend on shells to keep safe. Unlike hermit crabs, however, they seem to be able and willing to share shells. In their shells they usually return to shore every night and stay there. I say “usually” because some of the bigger shells seem to be able to sustain their humans for much longer trips across the surface.

Their bodies are strange as well, and don’t look at all well suited to living in or on water. They have misshapen flippers, cylindrical with bunches of tendrils at the ends, and strange split tails, with each half also cylindrical and ending in a kind of thick fluke. Ill suited as their bodies seem to be for swimming, they’re still able to swim somewhat, albeit slowly and jerkily.

There’s a point between their heads and their bodies where the whole thing narrows considerably, which seems completely absurd and excessively fragile, especially when dealing with current shear. Maybe this narrowing of the body is why they need to live in their shells.

They breathe air like us, and in fact don’t seem to be able to hold their breath nearly half as long as we can.

I’ve never heard any intelligible communication between them. It seems that they either emit audible, monotonous drones through their shells that interfere with our own communication or engage in some weird chatter at ultrasonic frequencies that you can only barely hear part of if you really stretch your hearing to its limits. I used to hear more of it, but somehow as I’ve grown my hearing must have started to fail.

Another thing that strikes me about them is that they never seem to eat or drink at all. They seem to have three blowholes, two small ones in a kind of protuberance on their faces and a much bigger one with what looks like thick, flat baleens in it – although I’m frankly flummoxed as to why they need baleens in a blowhole. But they have nothing that seems like it could be a mouth, and I’ve never seen them eating anything. Maybe they don’t need to eat in the first place.

And no, Mom, I haven’t ever seen a trace of those spikes you told me about. I heard from someone that there still are humans with spikes in some places, but I’ve never seen them. Maybe they’re a different species of human that is going extinct. My theory is that maybe the warming of the oceans in the past decades has something to do with it.

Indeed, lately the only humans I’ve been seeing seem to be of a very different temperament. And this brings me to the event I wanted to tell you about. Just the other day, I was in the lagoon with my son – you know, the one who was born without a right eye – when some humans came by in their shells. As usual in that area, they didn’t leave the shell but patted the water with their flippers. My son and I went up to the surface to see them – I’ve been teaching him to be curious as well – and even be rubbed by their flippers – it actually feels quite nice and soothing!

I’ve never figured out why they do this. I’m pretty sure it’s a deliberate choice on their part, because they only do this petting when their shells come to where we stay for a while. It doesn’t seem as though it helps them or gives them any kind of evolutionary advantage, after all. Why would they do it?

Anyway, as I was saying, the other day I went to see some of those as they were in their shells on the surface, and got the usual petting. In fact, I even managed to position myself just right in such a way that one of the flippers could get at an itch I’ve been trying to shake for days. What a relief it was!

I then brought my son to the scene. Yes, Mom, I’ve always been the curious type, and I’ve made a deliberate choice to raise my son to be curious as well. He was a bit scared of them at first, but then I pushed him up to meet the humans. He took it stoically at first, but quickly started to enjoy the petting and rubbing, and pretty soon didn’t want to come back down. I let him enjoy this for a bit, and took that chance to dip down and have a quick snack.

When I came back, I was shocked to see that one of the humans was not only using its flipper to pet my son, but had actually brought its big blowhole, the one filled with the flat baleens, right down to his skin! Keeping the blowhole closed, it touched my son briefly, then pulled back up. Pretty soon, another human did the same. This was the first time I’d ever seen such a thing, and it really perplexed me. What could they possibly be doing? I don’t imagine it’s very healthy or safe to do this. After all, we ourselves always keep our own blowholes clear and clean.

When I asked him about it later on, my son said that he hadn’t particularly noticed it was something other than the flippers, but he did note that a couple of the flippers were smoother, softer, than usual, and wondered if maybe those could have been the blowholes petting him instead. Anyway, he very much enjoyed it, and came away asking a ton of questions, questions I was hardly able to answer at all.

But the biggest, hardest question he asked, and repeatedly, was “Why?” Why indeed? Why do humans do this? Is it for some kind of health reason? It doesn’t seem to be out of necessity, because they’ve hardly been doing it at all until recently. Or is it because of curiosity, the same thing that drove me to observing them in the first place? Or maybe it’s just for fun, like when we whales jump into the air on a whim for the thrill and to feel the cool rush of wind on our skins?

I wonder if we’ll ever know…

Author, blogger, writer, thinker and language coach. Born in France, raised in the US and around the world. Trying to entertain people and get them thinking, to make the world a better, happier place.