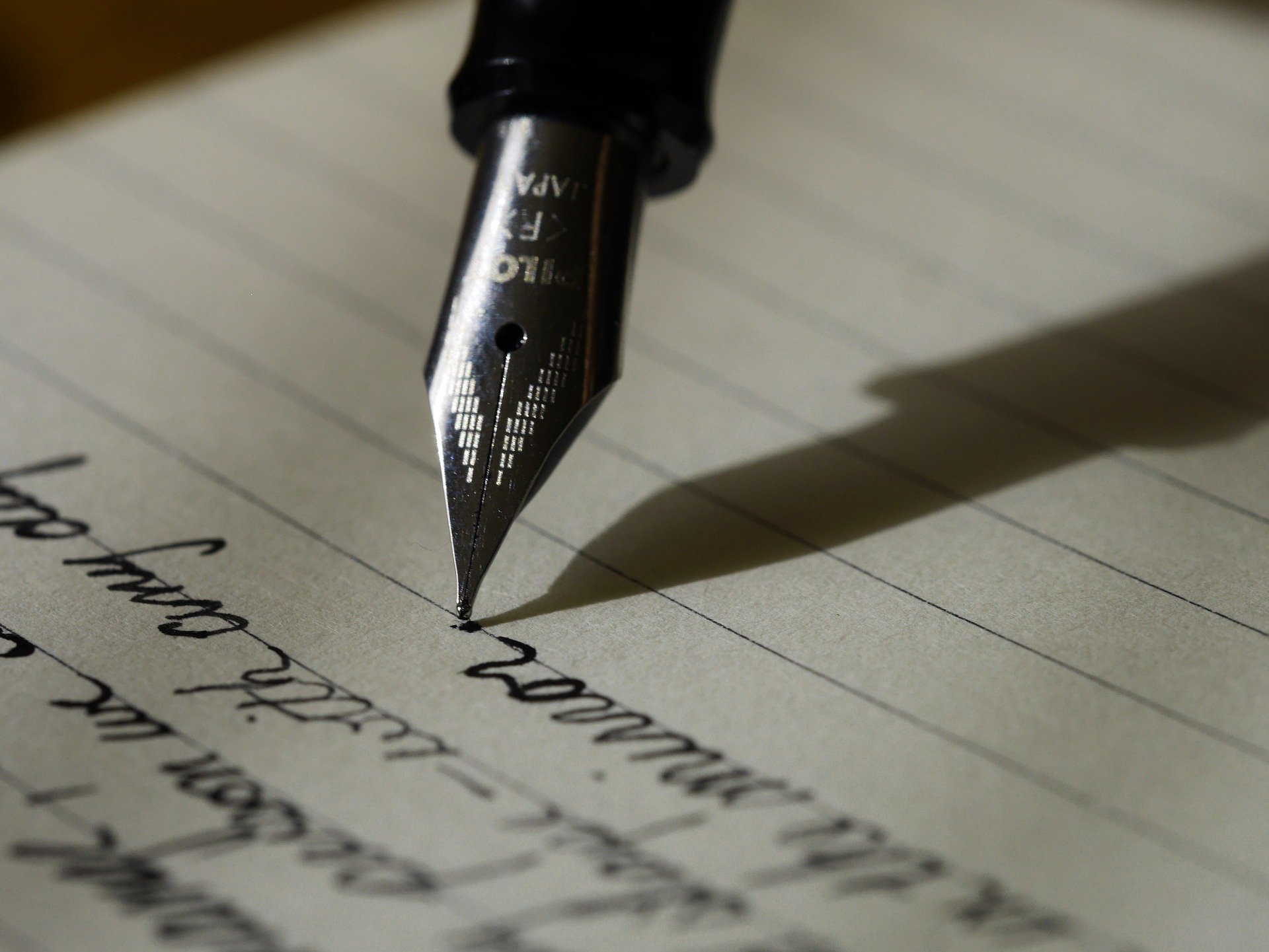 How does anyone get into writing, really? By picking up a pen or keyboard and working some kind of magic with it. But for me, it wasn’t just that. 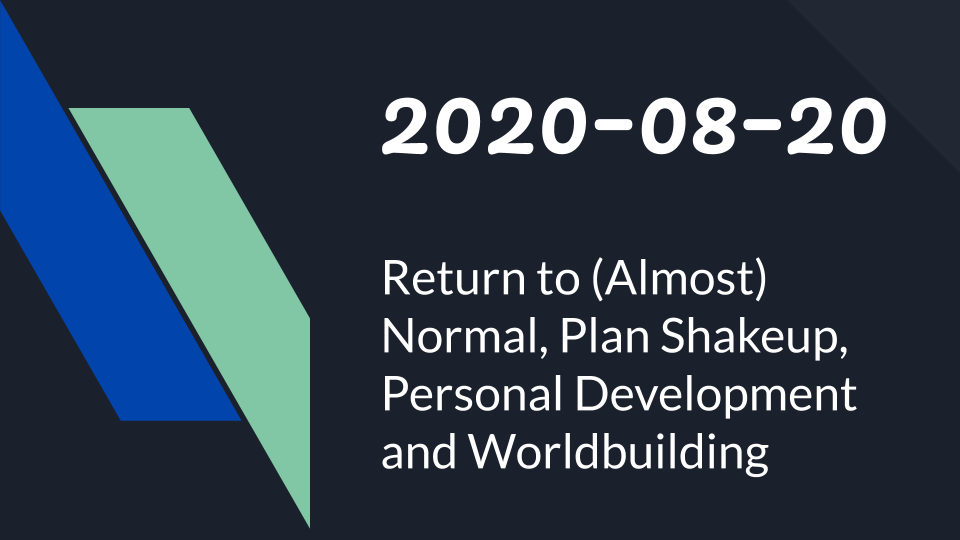 Life Back to Normal (Kind Of)

Wow. It’s sure been a strange few months, hasn’t it? First we were all locked into our homes to avoid this annoying virus spreading. Then little by very little we were able to open up again, go out and get our lives back.

In Madrid things opened up fairly slowly, even compared with the rest of Spain. But now it’s supposed to be back to what they call the “new normal”. However, clearly something’s up because Barcelona first, now Madrid have had to reimplement some extra measures in order to avoid having to resort to a full lockdown all over again.

Which is actually what I’ve been expecting, really. We needed a full and drastic lockdown months ago when we took too long to evaluate the threat, but by now (in most countries) we’re keeping an eye on the threat levels, and we’ve seen how much damage we’ve had to inflict on the economy and people’s lives, so we’re maintaining some measures from the lockdown and closely monitoring the situation in order to avoid ever having to resort to that again.

Anyway, I won’t go into too much detail about this right here, I’m preparing a larger post for the Antiidiotic about the entire situation, the larger context, people’s reactions and my own experience of this whole period.

The one area where I saw these results the most has to be related to my impending move to Germany. As you remember, I have been planning – or desperately trying to plan – to move to Germany for months.

Well, after months of fruitless searching, I came up against a surprising reality: that culturally, Germans will often not even consider an applicant who’s not already onsite. I learned this, in the space of just three days, both the easy way and the hard way: First a contact onsite told me that, then the interview that I had scheduled didn’t happen because, through a lack of communication, they didn’t realize I wasn’t onsite and expected me in the offices in Munich. When I checked with them by email, they shut me down and told me to get back in touch when I was around.

So anyway, that was a pretty big blow and at least a bit of an after-the-fact explanation of why I wasn’t achieving many results. But there was another way to deal with this: flip my plan on its head. Move there first, find a job once there. At least that way I might optimize my chances.

So I’ve packed my things, put most of them in a storage locker in Madrid and taken off already. I flew out of Madrid on August 12th for France, to spend a week there in our country house with some family, and on August 19th I finally flew to what will be my first destination in Germany: Düsseldorf.

Düsseldorf is a very nice city along the Rhine river, one that I briefly visited during my bicycle trip last summer. It’s only 30km from Cologne and well connected to the rest of Germany and Europe via its own airport as well as those of Dortmund and Cologne/Bonn. I particularly enjoyed its riverfront walk area, which offers great views and nice historical buildings to see and visit.

As of now, I’ve arrived in Düsseldorf last night, been lucky enough (coming from France instead of Spain) not to need the tests or the self-quarantine, and therefore been free to go around town a bit today. I had breakfast this morning, took a walk to the river, which I’d last seen with my bike almost exactly a year ago, already got myself a local SIM card, and had a nice lunch with a good local beer. So far, Düsseldorf is great!

Following my bout of depression and hopelessness this past winter, I’ve taken steps to improve. I’ve started seeing psychologists to help me overcome my challenges. And I’ve seen some really positive results. One of the shrinks helps me focus on the day-to-day discipline and productivity and the other one helps me understand my mind and how it works in a more general sense.

This means that I’ve finally been able to feel capable of organizing myself a bit better, of actually achieving more and doing so more efficiently. I’m by no means completely cured and back to being fully functional (assuming I once was to begin with), but I’ve made definite progress and have seen some results already.

But that’s not all that happened on this front. As I prepared to leave Madrid, I realized a few very interesting things that might actually be part of the key to finally solving my proactivity and productivity issues. One is that there tends to be a point in any project where you finally feel like you can’t turn back any more. It doesn’t mean that it’s ACTUALLY impossible to turn back, it just feels that way. It feels like you’ve finally committed enough to whatever the project is that you PSYCHOLOGICALLY can no longer turn back. I felt this most particularly during my moving plans, the moment I left the storage space in Madrid after moving my stuff there. That was the threshold for me in the context of my move to Germany. And it made me realize that I should actually seek out that moment, try to plan for it, determine what it will be, expect it and make sure to either move it as far forward as possible or push myself until I get there. Because once that moment is past, everything just becomes so much easier to do.

The other one, which I’ve been slowly working on over the past few months, is that I have to break away from the typical education of boys where they tell us to always be completely independent and autonomous and dare ask for help when I realize I need it. And the fact that it’s not nearly as hard as it seems. As I was packing my stuff a friend of mine in Madrid offered her own and her family’s assistance in packing and even moving the stuff, even space in their own home to store it themselves. At first I politely turned all of this down, still being in the mindset where I needed to be autonomous. But the following day I realized that I was too pressed for time and not active enough to be able to get it all done easily within the 36 hours that were left. I swallowed what was left of my pride at that point and wrote to that friend, asking her to come over and help push me ahead in the process. I can’t say how precious her help was, both in helping me move ahead and also (maybe mostly) sparing me the desperate last-minute stress rush – which usually battles fiercely against a kind of hopeless despondency and an inability to keep moving – and a potentially very uncomfortable situation. As it happened, however, I was able to not only finish packing in time, but move my stuff into storage in time and be nice and relaxed on the morning I left to the airport.

In writing-related news, I’ve gotten back into writing a bit, posting a couple of stories on Facebook (they’re not quite ripe for the Website yet, but stay tuned), but mostly getting started on a much bigger project. See, some of the stories in my book have elicited reactions to the effect that I should expand them into their own full-scale novels. The one that got the biggest such reaction was The Visions (click here for more).

Just as I was starting to think about expanding this one into a full novel I started realizing I would have to create an entire world for the story. And in the process I started reflecting on other famous worlds that exist in fiction (like Middle Earth for Tolkien, for example, or Azeroth in the WarCraft games) and how unrealistic some of their features seemed to be. This got me thinking about how I could myself create a world in as realistic and scientifically credible a way as possible.

So I thought about this at a meta-level and came up with what seems to me to be a logical progression of about 15 steps (this might change as my idea progresses), each building on the previous ones and setting the stage for the next ones. As you might expect if you know me a bit, this thought process grew into a much larger project, and next thing I knew I was actually building up to an outline for what might become an entire book’s worth of recommendations for aspiring worldbuilders. I’ll publish this in a series here on the Website too as it matures and grows, so stay tuned for that!

Author, blogger, writer, thinker and language coach. Born in France, raised in the US and around the world. Trying to entertain people and get them thinking, to make the world a better, happier place.